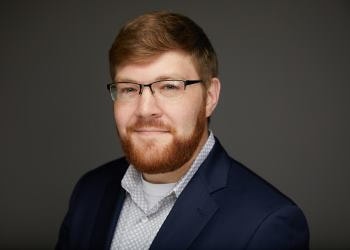 Jonny joined the Impact team in 2010 and worked virtually while still an undergrad at Loyola University Chicago and also being actively involved in leadership roles within his fraternity – as well as academically, socially, musically, and in community service. Jonny graduated from Loyola in May of 2012 with a double major in Political Science and Music. Throughout his senior year at Loyola, he also served as the Media & PR Intern at RCM Wealth Advisors (formerly known as Know Your Options, Inc.), an independent RIA in downtown Chicago.

In December of 2015, Jonny graduated with a Master of Science degree in Predictive Data Analytics with a concentration in Marketing from DePaul University’s College of Computing & Digital Media. Subsequently, he became a full-time employee, bringing valuable talent on a dedicated basis to the Impact Communications team.

Jonny moved back to Impact’s hometown of Kansas City in late 2016 with his wife, Courtney, after marrying that summer. They have three crazy cats and love living an active urban lifestyle. In his spare time, Jonny produces and performs music with his electronic rock band, enjoys attending concerts with friends, and is an avid collector of vinyl records. He is a Southwest Airlines frequent flyer and travels whenever possible. Bike rides along the KC riverfront and recreational basketball games keep him fit for the hikes and other outings he enjoys with friends and family members.
Back to our team