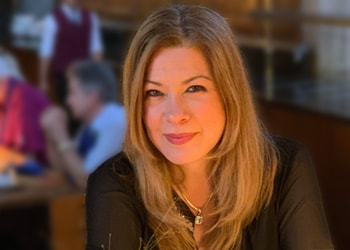 Grace Vogelzang earned her B.F.A. in Journalism from Southern Methodist University, Dallas, as well as a M.A at New York University and M.F.A from University of Houston. She joined Impact Communications in 2019, but has quickly become a valued member of the team with her keen attention to detail and strong writing skills. She excels at building media lists for our clients and interfacing with journalists to provide right-fit sources for articles they’re writing, putting our clients in the spotlight.

Before arriving at Impact, Grace managed a voice-over business, dealing with clients such as NBC, CNN, MTV, UPN (before it became The CW), and Fox Television. She juggled deal negotiations, client procurement, and copy writing, as well as marketing development and implementation. She spent a bit of time in front of the camera, as well, interviewing CEOs and Senior Executives of Fortune 500 companies for Flight Talk Network, producing interviews for major airlines, as well as a brief career in the motion picture industry.

Grace and her husband, who hails from The Netherlands, enjoy traveling extensively in Europe and Asia, as well as soaking up all the cultural opportunities in their current adopted home of London. Their guest room is often occupied by friends and family from Grace’s home state of Texas, as well as other folks they’ve collected through their years of living in both Paris, France and Mumbai, India. Grace also loves writing children’s books as well as articles based on her travel adventures.
Back to our team